The remaining seven Netflix titles have been announced earlier, though we’re getting new cast members or first looks alongside, as is the case for all the new titles as well. They are the Kartik Aaryan-led thriller Dhamaka, Chaitanya Tamhane’s Venice Film Festival-winning Marathi-language The Disciple, the Dhanush-led Tamil-language gangster drama Jagame Thandhiram, the rom-com Meenakshi Sundereshwar with Abhimanyu Dassani and Sanya Malhotra, the Tamil-language anthology Navarasa developed by Mani Ratnam, the Sanya Malhotra-led comedy-drama Pagglait, and the family drama Sardar Ka Grandson with Neena Gupta and Arjun Kapoor. 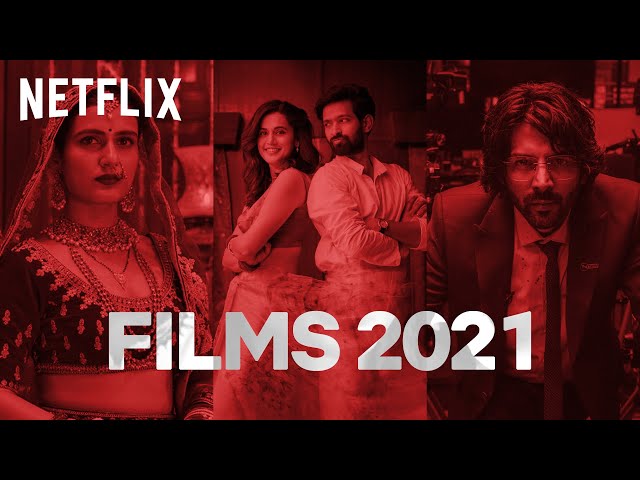 The slate of 13 Indian original movies as part of Netflix’s “See What’s Next India” event on Wednesday, where the world’s largest subscription streaming service unveiled a slate of 41 titles — across original series, films, documentaries, reality TV, and stand-up comedy specials — most of which will release in the 2021 calendar year.

Bulbul Tarang, led by Sinha, is about a chirpy young girl called Bulbul who has one simple dream: she wants her groom, Rishi Kumar, to come in his baraat atop a horse. Soon enough Bulbul realises that her innocent, harmless wish will meet resistance in their traditional village of Kannauj. But Bulbul is adamant to have her way and fight for what’s right. Narayan Singh directs off an Arshad Sayeed script. It also stars Tahir Raj Bhasin. Bulbul Tarang is a production of Anil Ambani’s Reliance Entertainment.

Haseen Dillruba, starring Pannu in the lead and directed by Vinil Mathew, is about a woman whose heart longs to live like words captured in a novel and finds herself entangled in the murder of her own husband. Will, she gets lost in the chaos of her real-life novel or find her innocence? It also stars Vikrant Massey, Harshvardhan Rane, and Hansika Motwani. Haseen Dillruba is a production of Aanand L. Rai and Himanshu Sharma’s Colour Yellow Productions, and T-Series. 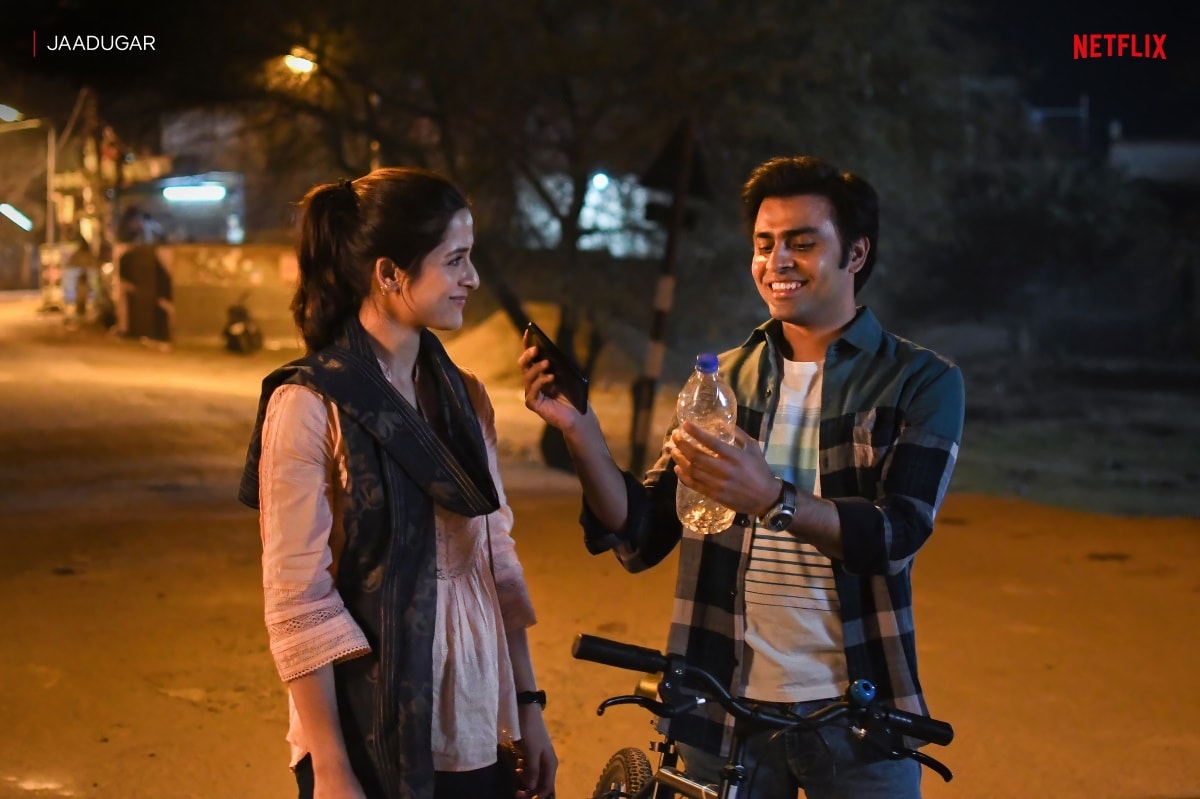 Jaadugar, led by Kumar and directed by Saxena, follows Magic Meenu, a small-time magician in Neemuch, Madhya Pradesh who must win a local football tournament to marry the love of his life. There are just two things against him: the girl doesn’t love him back and his team hasn’t won a game in years. Arushi Sharma is also part of the cast. Biswapati Sarkar is the writer. Jaadugar is a production of Posham PA Pictures. Milestone, from Ayr (Soni), premiered at last year’s Venice Film Festival to positive reviews. It’s the story of a recently bereaved, middle-aged truck driver, Ghalib, who is coping with a personal tragedy and the consequences thereafter, while facing the existential threat of losing his job to a young recruit. The events in the story come together as Ghalib’s truck touches the 500,000-kilometre mark, a record at his company. Suvinder Vicky, Lakshvir Saran star. Ayr co-wrote the script with Neel Mani Kant. Milestone is a production of Kimsi Singh’s Jabberwockee Talkies. 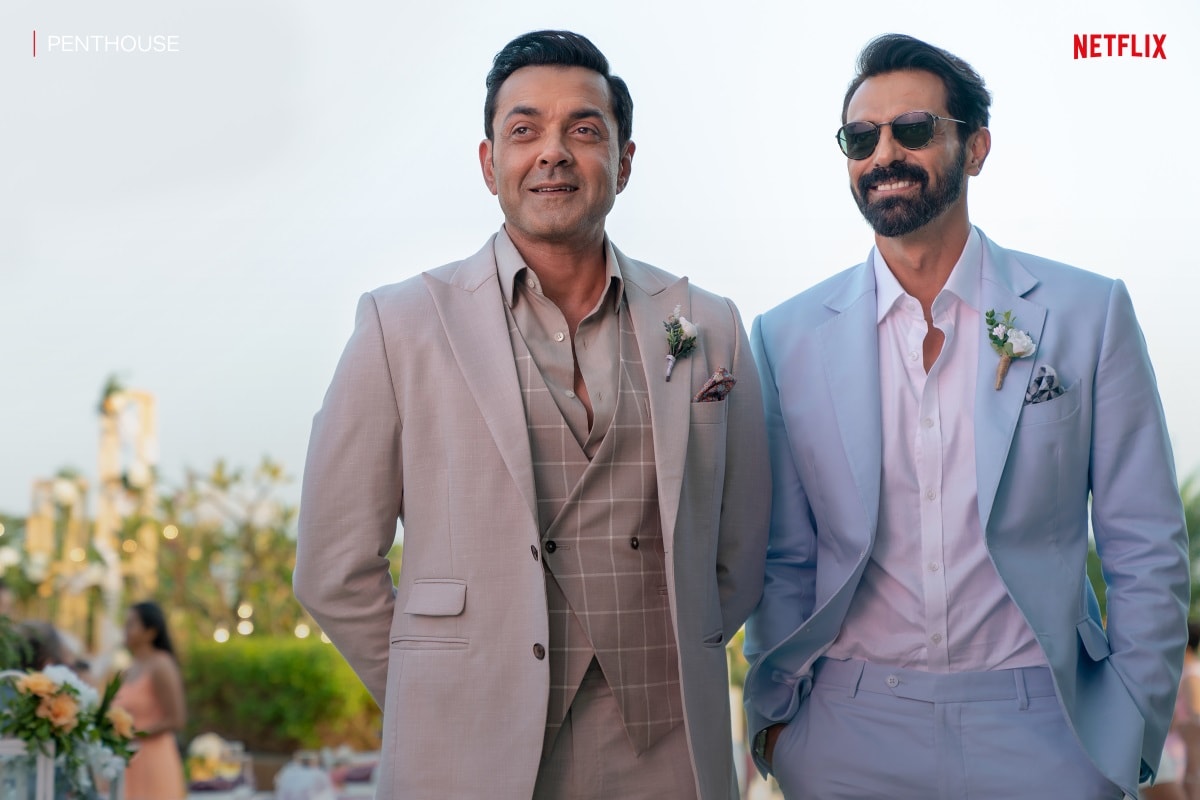 Penthouse, from the Abbas–Mustan duo, follows five married friends who share a penthouse flat as the perfect solution for their indulgences. But one morning, a body of an unknown woman is found in the penthouse. Friendships are tested, loyalties are questioned, and marriages crumble as the shocking truth unravels in this relentless whodunit. Bobby Deol, Arjun Rampal, Sharman Joshi, Mouni Roy, Cyrus Broacha, Tisca Chopra, and Abrar Zahoor star. Pranati Rai Prakash is said to have a role. Girish Dhamija is the writer, and Sunir Khetarpal and Gaurav Bose are producers.

And the seven Netflix Indian movies we have previously known about — 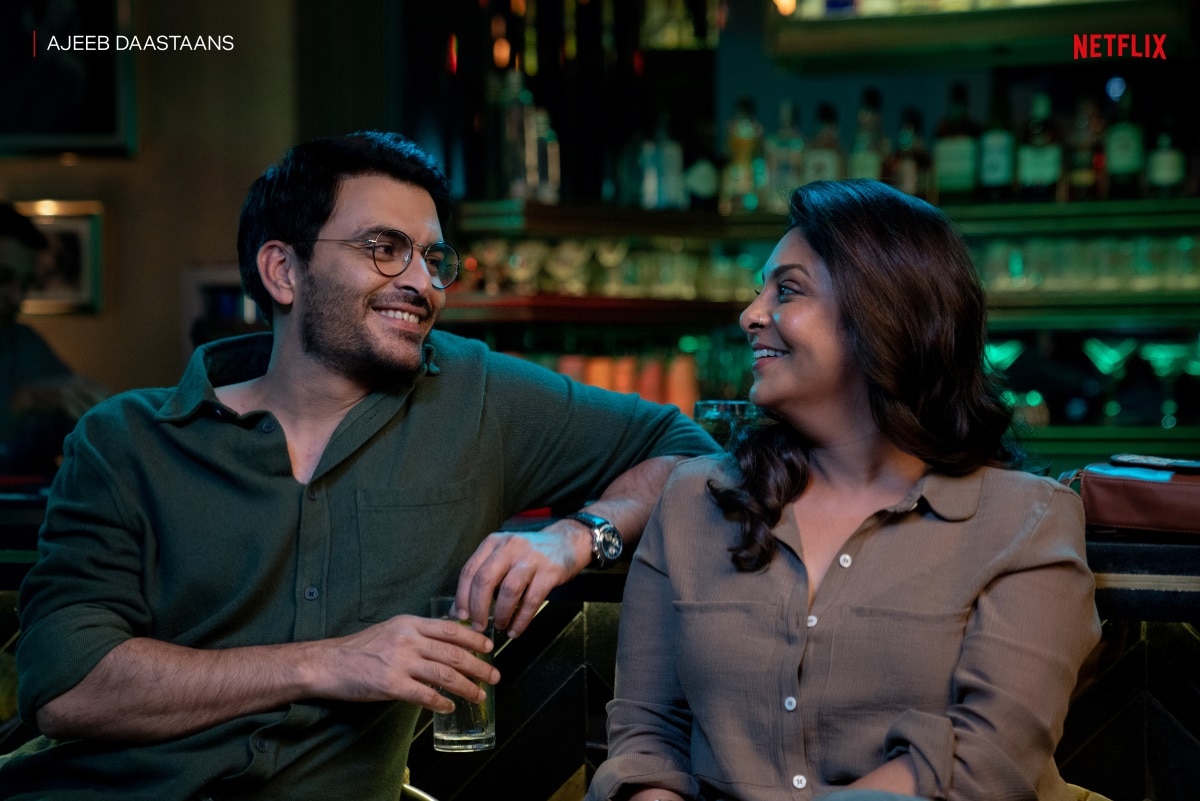 Ajeeb Dastaans, produced by Johar, is an anthology of four strangely contrasting stories that delve into fractured relationships and unexplored spaces. The stories are set in varied milieus, explore jealousy, entitlement, prejudices, and toxicity that are often entangled within the heart of their relationships. Each story also takes you on a journey where one would struggle with the moral dilemma of what’s right and what’s wrong, as the lines between them get blurred.

When it was originally announced in January last year, Johar had said that Ajeeb Dastaans would focus on “the third person in a relationship — the one who breaks it, or, maybe even completes it.” Fatima Sana Shaikh, Jaideep Ahlawat, Armaan Ralhan, Nushrratt Bharuccha, Abhishek Banerjee, Inayat Verma, Konkona Sen Sharma, Aditi Rao Hydari, Shefali Shah, Manav Kaul, and Tota Roy Chowdhury make up the ensemble cast. Directors include Neeraj Ghaywan, Shashank Khaitan, Raj Mehta, and Kayoze Irani. Ghaywan, Khaitan, Sumit Saxena, and Uzma Khan are the writers. Ajeeb Dastaans is a production of Dharmatic, the digital label of Dharma Productions. 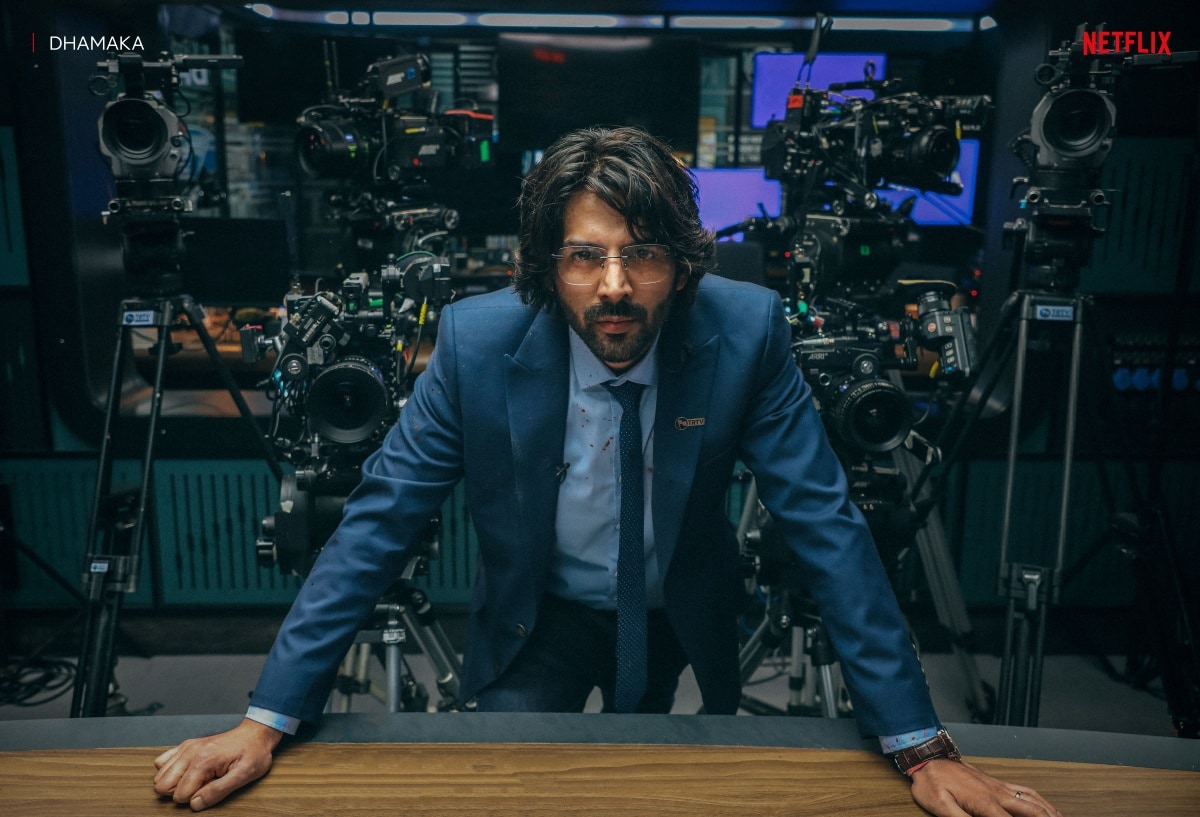 Dhamaka — set to release this summer — is an official remake of the 2013 Korean film The Terror Live and follows a frustrated ex-news anchor (Aaryan) is given another chance to go live on prime-time television when a terrorist calls him with a bomb threat. Little does he know that this call will change his life and throw him into a fast-paced game of betrayal, forcing him to choose between his future career or the humanist in him. It also stars Mrunal Thakur, Amruta Subhash, Vikas Kumar, and Vishwajeet Pradhan. Ram Madhvani directs off a script he co-wrote with Puneet Sharma. Dhamaka is a production of Ronnie Screwvala’s RSVP Movies and Ram Madhvani Films in association with Lotte Cultureworks, Globalgate Entertainment, and Lionsgate India. 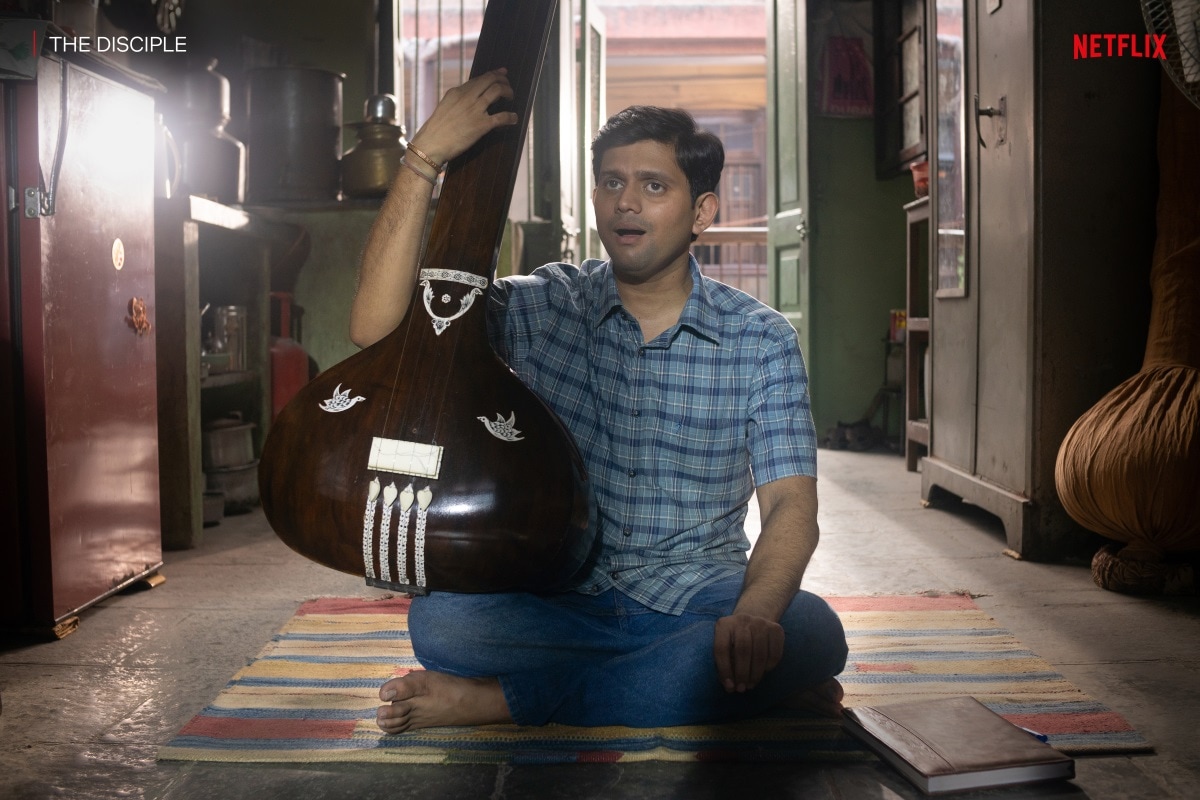 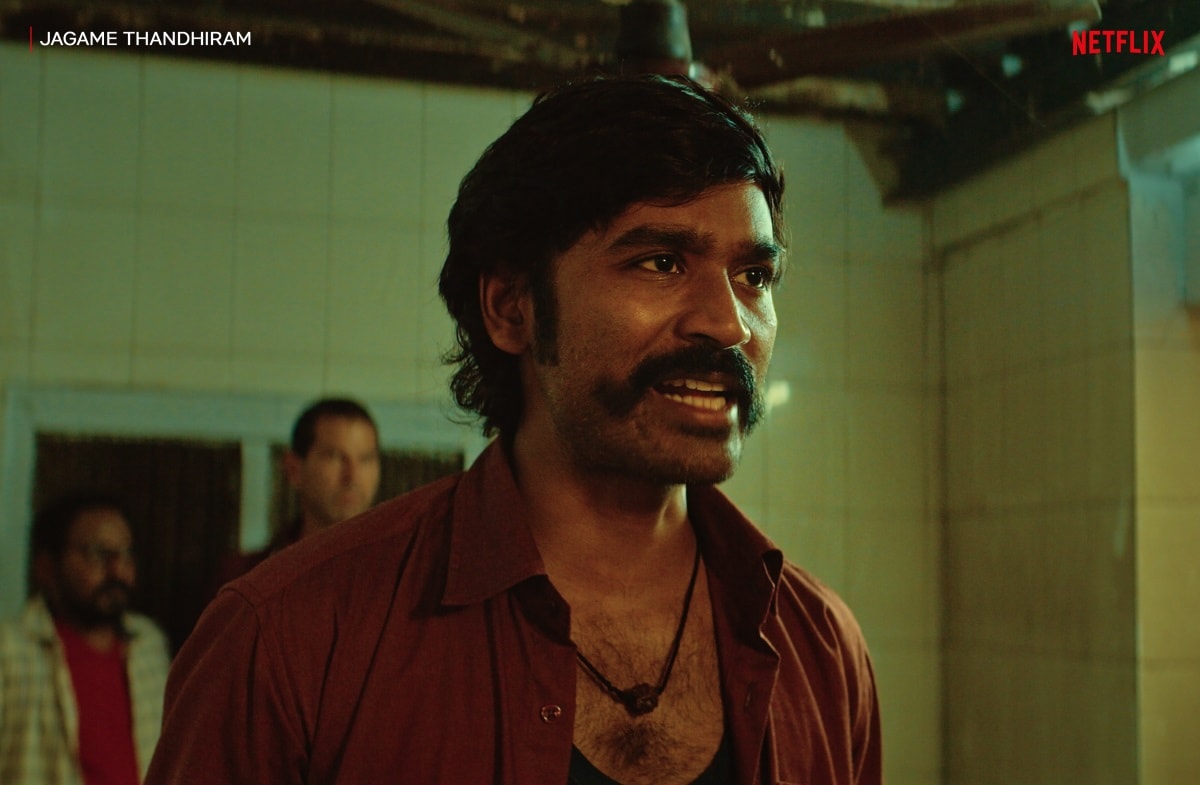 Jagame Thandhiram — also “coming soon” to Netflix — is the story of Suruli (Dhanush), a nomadic gangster who has to choose between good and evil in a war for what one can truly call home. Karthik Subbaraj writes and directs. The Tamil-language film also stars James Cosmo, Aishwarya Lekshmi, Kalaiyarasan, and Joju George. Jagame Thandhiram is a production of S. Sashikanth’s YNot Studios and Anil Ambani’s Reliance Entertainment. Chakravarthy Ramachandra is also among the producers. 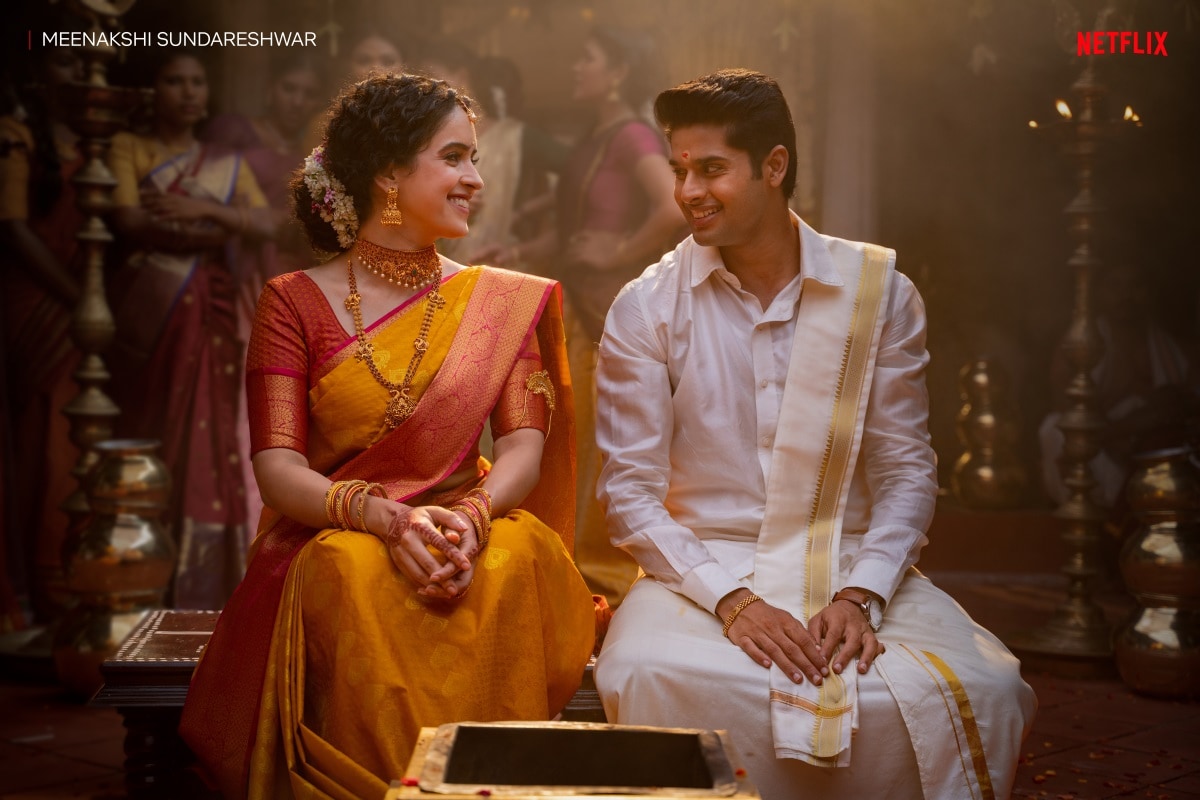 Meenakshi Sundereshwar follows a young couple (Dassani and Malhotra) who enter into an arranged marriage because their first names together make Madurai, Tamil Nadu’s famous temple “Meenakshi – Sundareshwar”. However, when a job opportunity exclusively for single men pops up in Bengaluru, Sundareshwar has to leave his hometown and his wife Meenakshi, and pretend to be unmarried. The newlywed couple who barely know each other, struggle with the trials, tribulations, and insecurities of a long-distance relationship. Vivek Soni directs off a script he co-wrote with Aarsh Vora. Karan Johar is among the producers. Meenakshi Sundereshwar is a production of Dharmatic.

Everyone is working pro-bono on Navarasa to raise funds for those in the Tamil cinema industry who were acutely affected by the COVID-19 crisis. Navarasa is a production of Justickets, in association with AP International and Wide Angle Creations as executive producers. 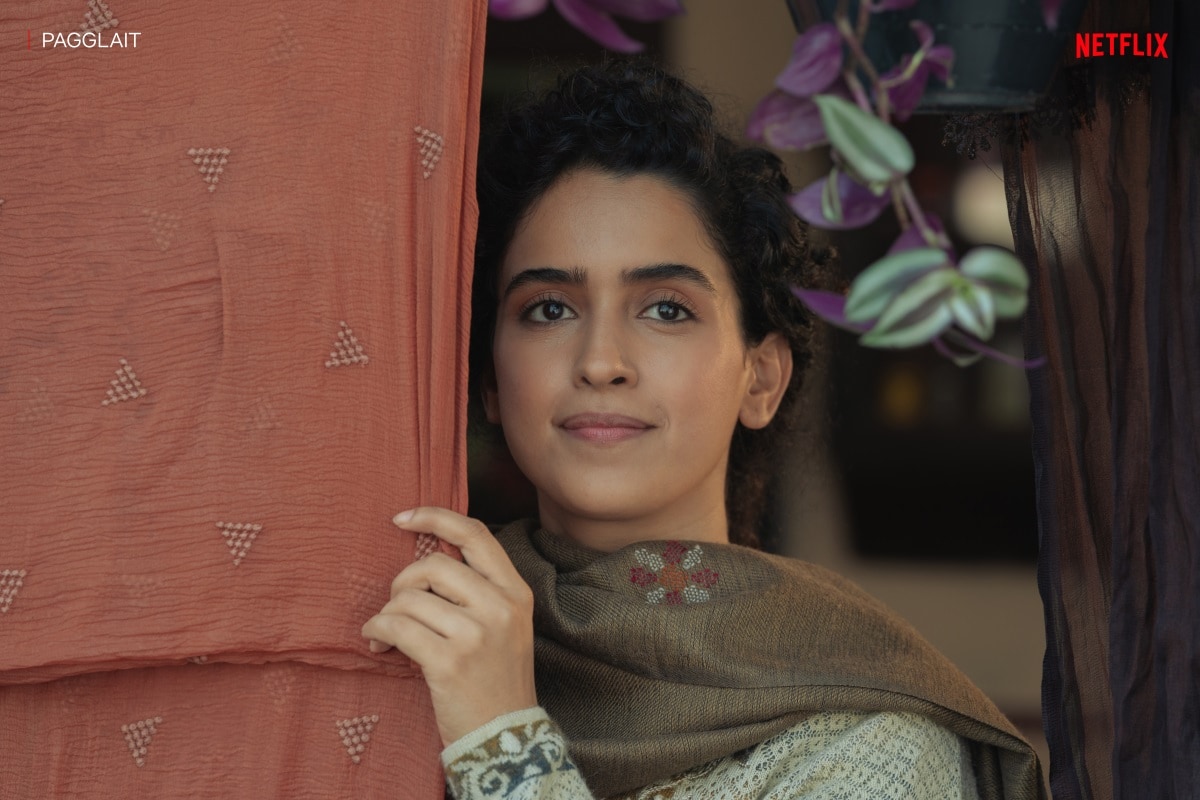 Pagglait — out March 26 on Netflix — follows recently widowed Sandhya (Malhotra) struggling to mourn the death of her husband, as she sets out on the path of self-discovery, attempting to find her identity and purpose in life- all this while living amidst the quirky members of her joint family. Sayani Gupta, Shrutii Sharma, Ashutosh Rana, Raghubir Yadav, Sheeba Chaddha, Meghna Malik, and Rajesh Tailang are also part of the cast. Umesh Bist writes and directs. Shobha Kapoor, Ekta Kapoor, Guneet Monga, and Achin Jain are the producers. Pagglait is a production of Balaji Telefilms and Sikhya Entertainment. 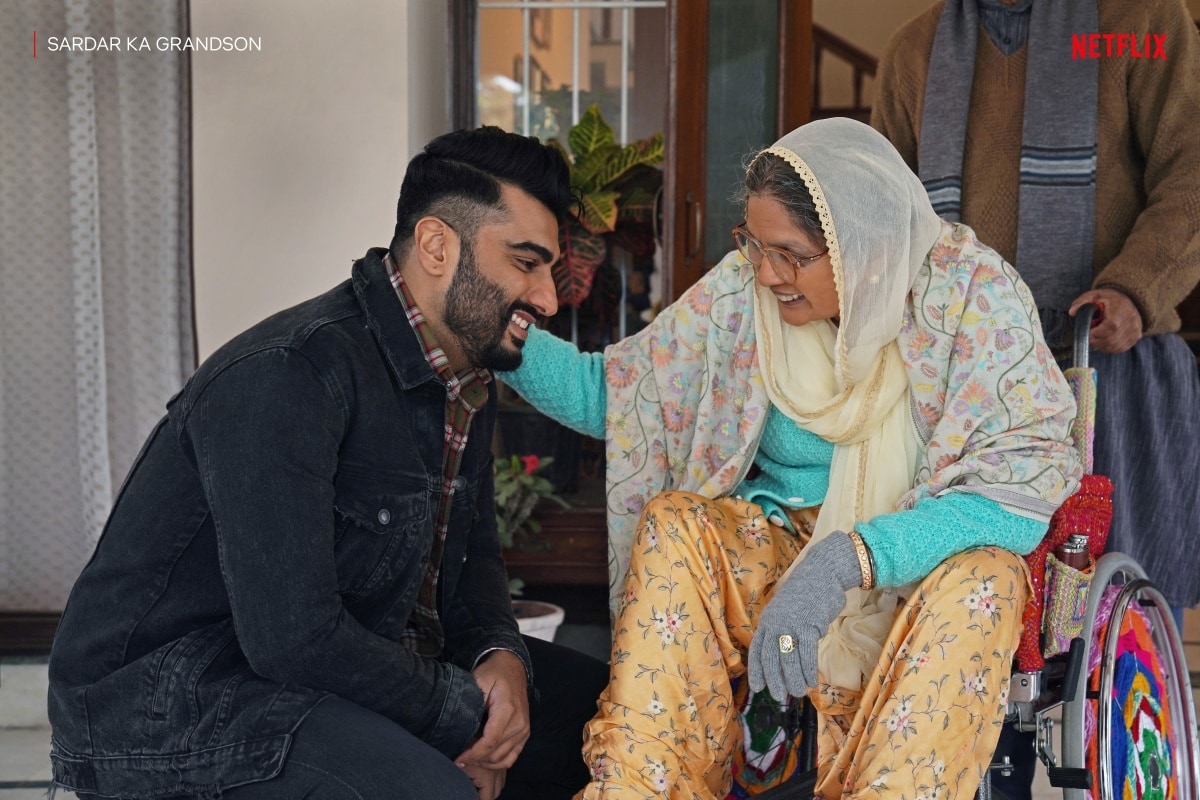