ANDROID 12 DP2 OUT NOW: HOW TO DOWNLOAD IT ON PIXEL PHONE

Google has made Android 12 Developer Preview 2 (DP2) available for download on Pixel 3, Pixel 3 XL, Pixel 3a, Pixel 3a XL, Pixel 4, Pixel 4 XL, Pixel 4a, Pixel 4a 5G, and Pixel 5. You can flash your Pixel phone using a compatible system image. In case if you’ve already installed a preview build on your Pixel device, you’ll receive the update over-the-air automatically. You can also test the Android 12 DP2 release through the Android Emulator. Moreover, Google has also provided the ability to experience the changes on a smart TV based on Android TV using the ADT-3 developer kit.

It is important to point out that the Android 12 DP2, just like any previous Android developer previews, is specifically meant for developers and is not intended for end consumers. You may encounter bugs or issues after installing the latest release. It is, thus, recommended to download and install Android 12 DP2 on a secondary device.

One of the most noticeable changes that come through Android 12 DP2 is the updated dark theme that has a lighter shade of grey instead of bringing a complete grey colour scheme that was introduced in the previous developer preview version. There is also a dedicated gesture called “swipe for notifications” to let users pull down the notification panel by swiping down on the home screen.

To ease the experience on phones with big screens, Android 12 DP2 brings a One-handed mode. It is accessible by going to Gestures in the Settings menu and can be used by swiping down towards the screen. You can also enable settings to turn the One-handed mode off when switching apps or set a timeout to exit the mode after a certain period. Companies including Samsung and Xiaomi have already provided one-handed modes on their custom ROMs.

Another interesting interface-level change that Android 12 DP2 brings is the ability to let developers blur the background when their app’s window is visible at the front. This brings a depth effect specifically for apps that show floating windows. 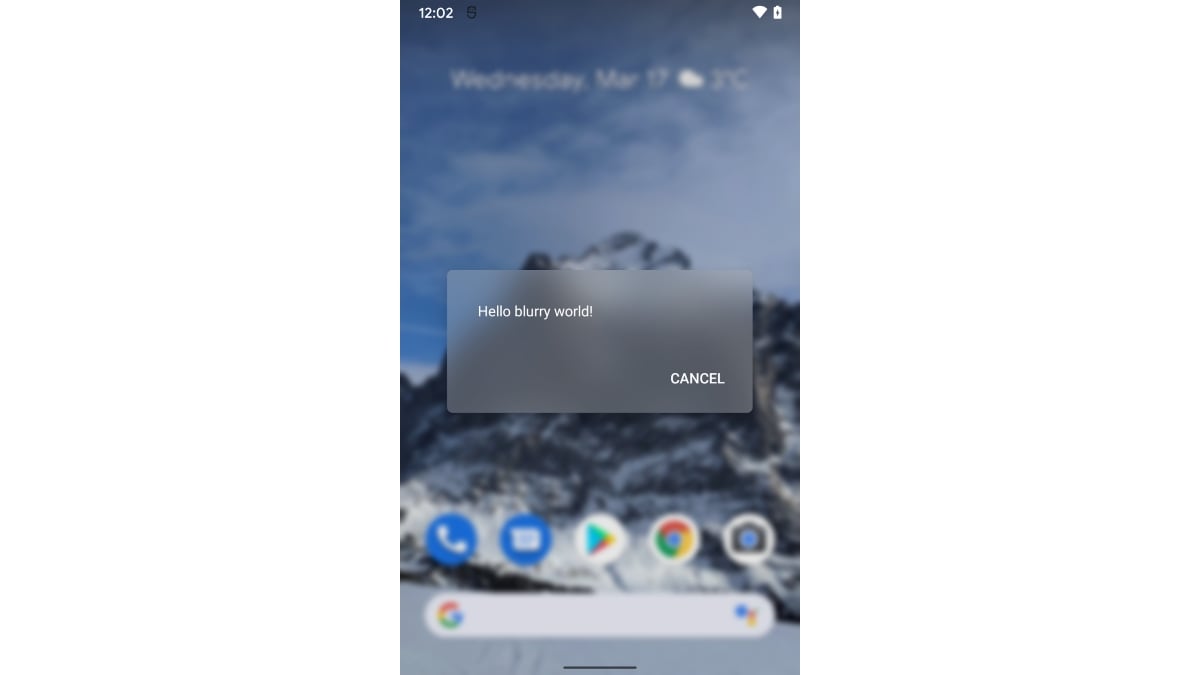 There are also tweaks to the lock-screen interface with thicker fonts and a rounded, bubble-shaped Emergency call button. As XDA Developers notes, the new developer preview also includes a face-based auto-rotation system that, once activated, uses the front-facing camera of your device to understand when to rotate the screen — depending on your facial position.

For gamers, the latest Android 12 preview brings a Gaming Dashboard with a dedicated widget to start live streaming your gameplay on YouTube. The dashboard also includes controls to enable screen recording, FPS counter, and toggle Do Not Disturb mode.

Google has also included new overscroll and ripple animations in the Android 12 DP2. Similarly, you’ll notice new lock screen animations while locking and unlocking the device. There is also an enhanced “monet” theming system that allows the device to match the accent as well as the background shades to a selected wallpaper.

The Widgets section on the homescreen has also been redesigned, and the media player interface is tweaked to match with the system accent colour. Further, homescreen folders on Android 12 DP2 are also updated with additional padding. You can also reduce the brightness of elements such as text on your device when using the dark mode by enabling the new ‘Turn screen darker’ setting. It is available for access through the Accessibility settings under the Text and display section.

Google has also improved apps transition available on the PiP mode when using the swipe up-to-home gesture. Similarly, there is smoother crossfading animation when resizing non-video content in a PiP window. There are also updates to the tap behavior on the PiP mode, with single-tapping to display controls and double-tapping to toggle the PiP window size.

In addition to the PiP window improvements, Android 12 DP2 includes support for devices carrying rounded-edge displays. Google has also extended its Companion Device Manager with a new CompanionDeviceService API to let developers force the system to wake their apps whenever an associated companion device, such as a smartwatch, fitness band, or wearable is nearby.

There is also an improved bandwidth estimation that allows developers to estimate aggregate throughput per carrier or Wi-Fi SSID, network type, and signal level for all users on the device.

Google has also brought Smart Forwarding calls to feature to Android 12 DP2, XDA Developers reports. It allows you to forward calls between two SIM connections and is useful when one of your SIM networks isn’t reachable.

For better control over app overlays, Google has enabled developers to decide whether they want those overlays to be shown on their apps. This means that certain apps will be able to hide system alert windows overlaying their screens. The change could be important chiefly in the case of apps showing transaction confirmation flows that require user attention and focus.

Android 12 DP2 also brings extended security for lockscreen notification actions. This essentially allows app developers to decide whether they want their apps to always require user authentication at the lockscreen level to perform a certain action. It will be useful, for instance, in the case of messaging apps that will need user authentication for deleting a particular message or marking it as read.